Home
About Us
Product Center
OEM/ODM Service
News
Contact Us

Why don't you listen to music in the open air with headphones?

Some people say, live version listening to music is true HIFI, is the highest level; But some people say that listening to music in the open air is not as good as headphones.
The open air concert, the crowd is crowded, the scene of the beating is too serious, the heart is pounding, the voice does not sound as beautiful as the earphone heard, like reading lyrics, feel not good. 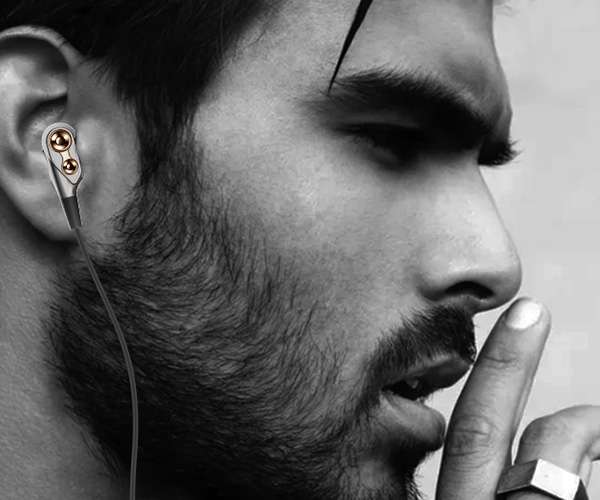 Tone is part of the music "beauty"
Hearing the music in the earphone often feels beautiful, actually is the beauty of the timbre, timbre is a very important part of the music. The singer sings the song, the song is composed of the pitch + overtones, the pitch determines the pitch, overtones determine the timbre. The pitch is closely related to the tone of the singer's singing, sometimes saying that the song is out of tune, but the pitch is wrong. It is easy to lose this part of music which is decided by its timbre.

Many high-end headphone brands now offer mobile headsets with microphones, which, in addition to being of high sound quality, also have voice functions and are a good replacement for the original earplugs.

The voice is not beautiful, it's hidden.
But because of the masking effect, the most easily felt concert is the low frequency, the sound of knock knock knock the singer's beautiful tone to cover. The energy of the low-frequency part is very strong, has very strong penetration, such as a certain country's infrasonic weapon has very strong lethality.

And the timbre in the medium frequency, medium high frequency part is more easily attenuated, along with the outdoor scene, standing far away, medium high frequency overtones determine the timbre part therefore can not hear, therefore feel not to listen.
Most of the music you hear on your headphones is recorded in the studio, and it's tuned in later, so it sounds like
"Complete", so everyone sounds beautiful.
But the atmosphere, the singer's interaction with the fans, the screaming of the fans, is something that studio music doesn't feel.

Sitemap
Get This APP